MOD Desc
Synthetically created humanoids, commonly called ‘Synthos’, are often used on Glitterworlds to do the things deemed ‘unwanted’ by the populace. They are usually attractive, as anyone on the Glitterworlds would want their servants to be.

*NEW IN 1.5* Cellular Degeneration, a disease with no cure that eventually results in the part being destroyed. Good thing we have bionics, huh?
Full support for Blood and Stains!

Features: Playable vat grown Humanoids complete with backstories. All syntho are Vatgrown as children but their adulthood is random from a small pool of jobs.
New plant, Enargo, a natual solar cell plant. Grows in the sun.
New meals. Normal/Lavish/Paste. Made from Enargo at various stations.
New power generation based on Enargo. Environmentally friendly.
New clothing and armor.
Two new melee weapons and two new guns. Craftable at the stations you would expect them to be.
Custom start Scenario (plus bonus hard scenario)
Lore friendly (albeit a bit shy on the details)
Works with existing saves (Faction won’t spawn unless you have a mod for that though)
Works with EPOE and RBSE (Mostly, please report bugs)
Enargo Blender for converting old, normal food into fresh Enargo Paste. Should make it easier to start.
E-Gazelle Found in the wild almost everywhere, produces an alternative to Enargo.

The Stats: Generally speaking, Syntho are about 25% better at everything physical.
Mental, however, they are less impressive with. They research 15% slower and learn 10% slower due to the rapid development of their bodies and brains.
They cannot eat normal food either and require energy from Enargo.
Comfortable temperature for both Syntho is 14C to 24C.
They do not have parents.

Glitter Pistol is extremely accurate at close range and moderately at medium but pretty bad at long range. It’s also extremely light so don’t bother using it as a melee weapon. High damage.
Glitter Rifle is accurate at long range, but not at close range. About on par with assault rifle, but better at ranged combat in the long run.
Glitter Knife is just an improved knife that’s more expensive.
Glitter Sword is much the same. 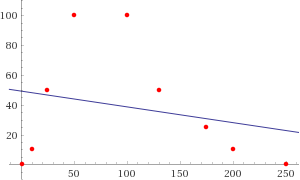 Known Bugs Wandering pawns that join of their own free can spawn with normal backstories and parent-child relations.

Updated weapon textures by friend Neil.
and special thanks to Victoria for letting me bounce ideas off her.

Hide Hats When Not Needed